A little more than 100 years ago, my ancestors left Ukraine for the New World.

They were peasants. They belonged to the land, and that land changed owners regularly: sometimes Russian, sometimes Austrian, and sometimes Polish.

Regardless of who ruled over them, they maintained their own culture and customs. But that wasn’t enough for some, so when the promise of free land across the ocean arrived, they departed.

The western half of North America was still up for grabs. Both the United States and Canada were building railroads to connect the coasts, but the problem was the vast space in between.

Almost no one lived there.

This was especially a problem for Canada, whose frigid winters were not especially welcoming. It seemed a certainty that the rapidly expanding United States would soon make claims on the northern prairies, unless someone else got there first.

And so, to get someone there first, Canada went shopping for immigrants.

They needed people who were tough enough to survive the Canadian winter, smart enough to work the land and survive, and desperate enough to want to try. 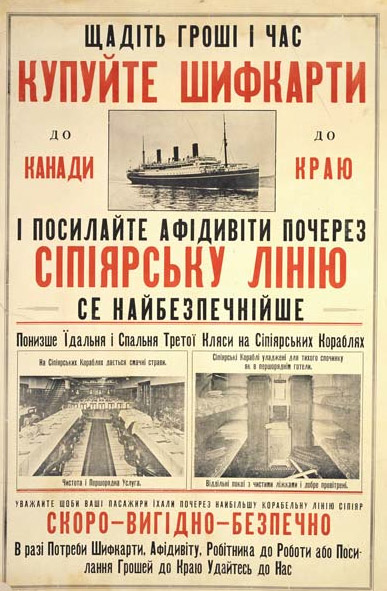 My great-great-grandfather arrived in Halifax with his wife and three young children. They were put on a train and a week later dropped off at their land with nothing more than they could carry.

Their first home was a cave dug into the side of a riverbank. So when I say that my ancestors were cavemen, I mean recently.

They were not educated people in the modern sense, but were highly educated in ancient wisdom.

Fanciful notions about how the world might be were of little use to them, and could be deadly when they were faced with the harsh reality of the way the world in fact was.

With thousands of years of accumulated knowledge, and more importantly, the ability to bend the earth to their own needs, they would survive and prosper.

For example, the women did not buy soap at the store – there was no store – but would make their own soap from the raw materials of the earth. They knew how.

At first, the children worked side by side with their parents in the field, not because their parents were cruel, but because nature was cruel. If there was not enough food and fuel to last the family through the winter, they would all die.

This way of life was not kind to loafers.

There was no help coming, there was no government program, no miracles, no Santa Claus. People who behaved in a way that put the family or community at risk were severely punished, or even banished.

And so they worked. Over time, prosperity increased, homes were built, machines purchased, and the children spent more time in school.

There are still a few people alive who can remember the old ways, but for the most part, the ancient wisdom they brought is dying out with them.

Do you know how to make soap?

The good news is you don’t need to. The days when a family needed to provide everything for themselves is mostly gone. In the developed world, it’s been replaced by division of labor, specialization, and efficient trade.

My grandmother was once scolded sharply by her mother in law for buying canned food. Why? Because it was an extravagant waste of money! Any self-respecting Ukrainian woman canned her own food. And this was in the 1970s.

Her mother-in-law could not yet grasp how the world was changing, that by not doing everything for ones self, more could be done, and more leisure time could be enjoyed.

Enjoyment was a rare luxury for the older generations, almost a sin at times. But over the generations, old ways yielded to new.

Many of the old attitudes persist: skepticism for fanciful notions, wanting to be self-reliant, and even some of the work ethic is still there.

The old ways died a different death in Ukraine.

Those who best knew the old ways were starved to death by their own government. The self-sufficient farmers were a bad example to the Soviet Union, and so Stalin took their food.

In 1932 alone, up to 6 million Ukrainians were starved to death. The total death toll ranges into the tens of millions, and yet this shameful episode of history is barely remembered. 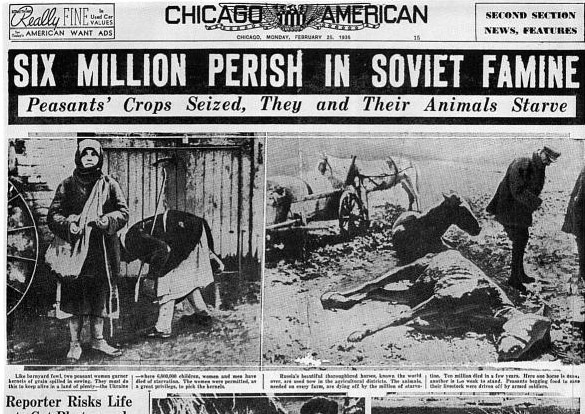 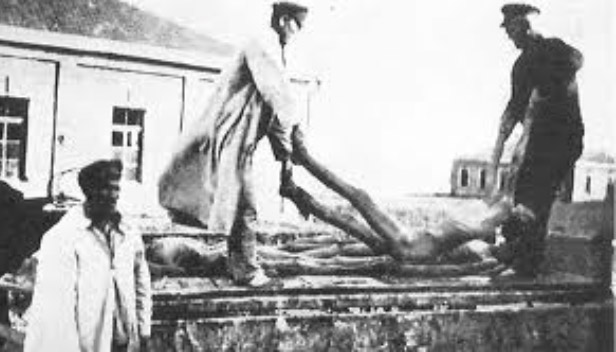 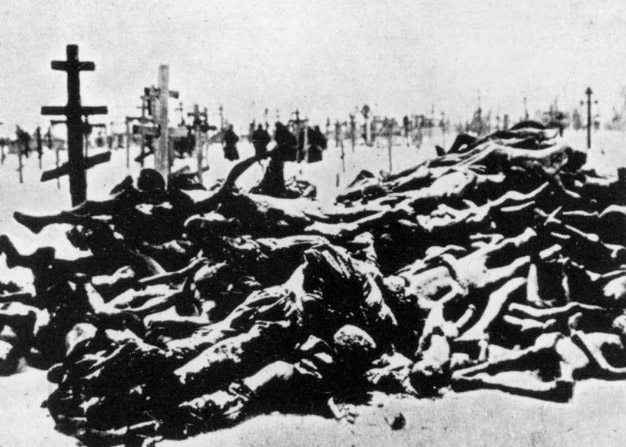 My ancestors were either very lucky, or very smart to leave when they did, and I owe them a deep debt of gratitude.

Those who survived in Ukraine lived under the yolk of communism for nearly a century, an era where the old values of skepticism, self-reliance, and work ethic were not rewarded, but severely punished.

And so the old ways died, as they did in the West, but were replaced with grievances rather than prosperity, corruption rather than the rule of law.

With the breakup of the Soviet Union, Ukraine gained its independence but not the ability to exercise it. And Ukraine was not only Ukrainian, much of the population was ethnically Russian.

Today, Ukraine stands on the precipice of a civil war, with divided interests inside and outside the country. The choice comes down to East or West. To align with Russia or the European Union.

It is less about independence, and more about interdependence.

America has an interest in this dispute as well, though to be more candid, American Corporations and their shareholders have an interest.

I know this, because I am a shareholder in Chevron, which has a contract to develop the shale natural gas fields in Ukraine. You won’t read much about it in the mainstream press, but it is the ‘real’ reason for all the moaning by the State Department.

This may or may not come as a surprise, but the U.S. does not actually give a shit about democracy or dictators in foreign lands as long as the right people are getting paid.

After all, how many elections have there been in Saudi Arabia?

But what about the people of Ukraine?

Though I’ve never been there, I feel some affinity for my ancient homeland and peoples. My advice to them would to be wary of Western promises. The times have changed, and the time to look westward may have passed.

The Euro is already a failed experiment just waiting to collapse, while the U.S. is coming to resemble the ex Soviet Union more and more with every passing year.

Just this past week, the federal government was threatening to take a farmer’s cows under the flimsiest of pretenses, and the general mood of the public is for the government to take from those who have more, to care for the ‘general’ good.

But in Russia, Stalin is long gone, communism’s lessons have been hard learned, and a return to the old values are lifting the nation up.

Living standards are so improved that the world is seeing a new export from Russia: tourists.

On my recent visit to Thailand, there were more tourists from Russia than any other nation. I met very few Americans or Canadians there, and no one from the eastern European nations who aligned themselves with the Euro.

And so Ukraine, I say remember the old ways of hard work and self-reliance, combine them with the new ways of specialization and trade, and prosperity will be yours.

Indeed, that is the ONLY way that prosperity has ever been created.

Don’t worry about me and my Chevron stock, I’ll be fine. And hopefully in a few years, I’ll see you on vacation.