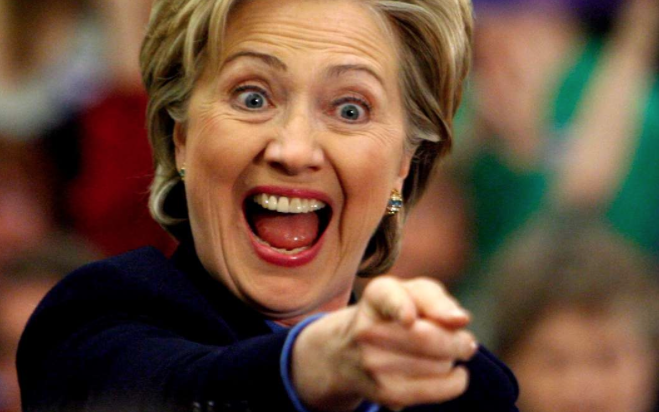 In May of 2018, the second year of Mrs. Clinton’s administration, national puzzlement was high over the continuing wave of mass killings.

A week before, nineteen children had died in the Blaintree Kindergarten massacre in San Francisco when Mohammed Shah Massoud, Faisal ibn Saud, and Hussein al Rashid burst into the school and began firing.

As in the shooting three months earlier of thirteen in Washington by Mohammed Faisal and Sala al Din Hussein, and in the preceding fire-bombing of the Hancock Tower in Chicago by Farouk ibn Mohammed, experts struggled to make sense of events.

The head of Homeland Security, Chupamela Sanchez-Jones, explained it succinctly: “It is almost impossible to prevent attacks when they have nothing in common. What do you look out for? What is the connection between killing children, firebombing a restaurant, and flying aircraft into buildings? There is none. It is baffling.”

Everyone of importance—the New York Times, MSNBC, NPR, the Huffington Post, Mother Jones, and Salon—agreed that there was no obvious motive.

Time and again for many years attackers had come from nowhere and killed for no reason. There was no pattern except the strange cry, “Allahu Akbar.”

“My staff at the Pentagon have determined that “Akbar” is a combination of “AK,” automatic Kalashnikov, which I am told is a form of gun, and BAR, Browning Automatic Rifle. This shows an unwholesome fascination with guns. We are investigating links to the NRA:”

In October of 2017, three gunmen—Mohammed Massouf, Mohammed Ali ibn Hussein, and Abu Bakr ibn Saud–had shot and killed fourteen people at Starbucks in Philadelphia. They too had shouted about Browning Automatic Rifles.

Priscilla Latvi-Germond, Director the FBI, offered another possibility. “We think the killers may be white-supremacists, perhaps linked to the KKK.”

When it was pointed out that few of the terrorists were white, she said that this was evidence of a dangerous spread of White Supremacism to people of color.

Some suggested that the killers were troubled youth who had suffered the trauma of broken homes. Others suspected the aggregate effect of microaggressions over the years.

Desperate to find some common thread, scholars looked to historical events. For example, on November 12, 2015, at a school for retarded adults in San Bernardino, Syed Rezwan Farook and Tashfeen Malik shot dead 14 people. They too had shouted the mysterious “Allahu AK-BAR.”

Then-President B. Hussein Obama was as puzzled as anyone else by this massacre. He said ,“It is possible that this is terrorist-related, but we don’t know; it is also possible this was workplace-related,” adding, “we don’t know why they did it.”

But there were clues.

Rachel Maddow summed it up thusly, “What do all of these shooters have in common? Guns. Whenever someone is shot, a gun is involved. It’s a hundred percent.”

When Omar ibn Osama Mohammed suddenly cut the throat of little Martha Clark, age nine, on the streets of Santa Cruz, neither AK nor BAR was involved. Yet he shouted “Allahu Akbar!”

California authorities suggested that the heinous act might be a cry of desperation from a man so impoverished by an unjust society that he couldn’t afford a Browning Automatic Rifle.

Investigation revealed that the young men who had shot up the Starbucks in Philadelphia were of the 150,000 Syrian and Afghan refugees brought in by former President B. Hussein Obama.

Perhaps the stress of immersion in a racist white society had proved too much for them, said Salon. Perhaps slow service at Starbucks had produced unbearable frustration. They were responding the only way they could.

In Paris, Ahmad Al Mohammad, Bilal Hadfi, and Brahim Abdeslam among others conducted a murderous rampage, but again no motive, no commonality could be found. Were they out of work and sunk in despair? Were they recently divorced?

Mrs. Clinton’s Attorney General, Lasagna Woodley-Park, said, “As a woman of color I deplore these killings, but I think we need to remember that some of these men were suffering from recent trauma reflecting cultural insensitivity resulting from colonialism, White Privilege, and institutional racism.”

She was referring to the death of Al Mohammad’s daughter of septicemia following a botched genital mutilation, and of Hadfi’s daughter, whom he had been forced to drown in an honor killing after finding the seventeen-year-old kissing her boy friend.

Psychologists agreed that drowning a daughter might cause PTSD, but most of the killers in recent years hadn’t drowned their daughters, only mutilated them.

Once again, there seemed to be no commonality.

At Harvard the sociologist Barbara Levin-Oslieber said, “Some studies suggest that it is a matter of malignant hyper-masculinity caused by addiction to violent video games.”

Or perhaps, as B. Hussein Obama had suggested, the killings were due to problems at work. People having disagreements at work often shot up schools and firebombed restaurants.

But many felt that there must be some other underlying cause, some pattern. Drug addiction? Extended use of methamphetamines sometimes triggered violence. Failed marriages? Schizophrenia? Bullying in middle school?

Michelle Obama, then the First Lady, had a novel explanation of the Twin Towers that demonstrated the value of a Princeton education. “I think they were trying to land those planes. They weren’t very good pilots, and those big planes must be very hard to fly.”

This actually made a great deal of sense. The Pentagon is close to National Airport. A terribly inexperienced pilot could easily miss the runway.

Mrs. Clinton, not yet a candidate, had made an impassioned plea for control of box-cutters. “We cannot allow these vicious devices to be used to kill thousands of innocent Americans,” she said.

The Association of Department Store Managers pointed out that without box-cutters they would not be able to unpack Chinese merchandise.

Mrs. Clinton had replied with a magisterial “Unopened boxes are a small price to pay for national security.”

On November 5, 2009, at Fort Hood, Major Nidal Hasan shot and killed 13 people. Outraged, President B. Hussein Obama said that it showed the insanity of the Second Amendment and argued for disarming the military.

Roberta Prangle-Dinwiddie, head of the American Psychological Association, said in a press conference, “We keep searching for a common thread, but there seems to be only one: perpetrators are all male apart from the ones who aren’t. In a post-colonialist society in which men—ugh!–can no longer batter people of color, their innate aggressiveness seems to be fueling this.”

In his retirement home in Jakarta, Hussein Obama returned from prayer and said that the incident was “regrettable, but understandable in light of the history of oppression and colonialism, and that guns need to be outlawed.”

That, everyone agreed, must be the case, as the killers otherwise had nothing in common.