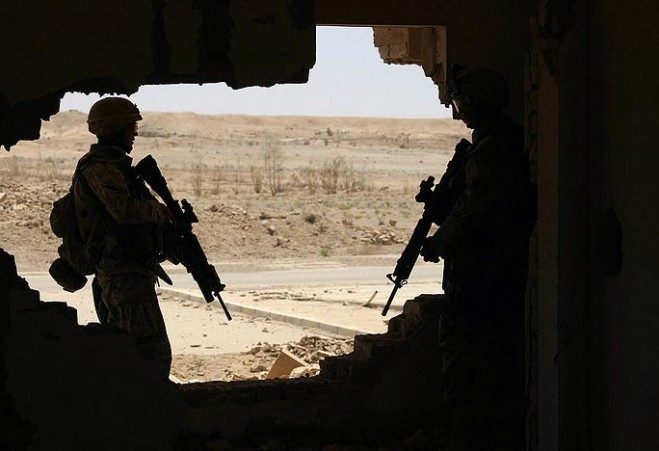 I just wanted to write and say thanks. You see, my recent experiences on the battlefield coupled with some of the ideas you’ve brought to my attention have caused me to change my mind on a good number of things.

I’d be lying if I said it wasn’t painful, but having now gone through it, and arriving on the other side, a side that makes sense, both logically and from my personal experience, I am much better for it.

So I’d like to share my story, in the hopes that it might help someone else down the same path. A little background on my path:

I am the son of immigrants. My family moved to Ohio from Romania in the late 1980s, when it was still suffering under the influence of Soviet communism.

My parents were able to get green cards because my grandfather was born in the US, but for some reason moved back to Romania just before the Second World War.

Bad timing on his part.

My parents got jobs, my father a boilermaker, and my mother in food service. Strictly working class, but the sudden change in our living standard was shocking.

We were not “rich” by any means, but going from nothing to having a color television, our own telephone, and even a car, was a revelation. It was like Christmas every day.

As a teenager, I wasn’t very motivated to do much with my life. Then for some reason, I decided I wanted to go into the military. Perhaps it was a feeling to repay the country that had given my family such a better life than we had before.

I was rejected by the Marines, then rejected again, but eventually I got in, and later became an Infantry Officer. At that point, my desire to serve was driven more by the idea of “defending our nation.”

My views were challenged on my first deployment – patrolling the jungles of the Philippines. I started to wonder, “How are we supposed to defend our country by patrolling banana trees?” Shouldn’t I be in Afghanistan or Iraq, fighting our enemies?

With some apprehension I shared my thoughts with my fellow officers, and much to my relief, they shared my sentiment. We wanted to go to war.

One day while on leave in Manila, I stumbled across one of your articles. I must confess I was attracted to it because it seemed to be anti-Obama. I found myself agreeing with point after point, but then I realized that the article was actually “anti-government.”

That was too far for me. After all I was an officer in the US Marine Corps. To my mind, I was a part of the government, how could I be against myself? I closed the article and told myself I didn’t have time for that kind of bullshit.

In April of 2012 I got my wish. I was deploying to Iraq to lead young men in combat. I left my wife behind in tears, but feeling good, I was one of the good guys, I thought.

I tried to instill in my men the higher calling of our mission. We were there to liberate a people, protect the weak, and bring the bad guys to justice – not just kill people and blow things up.

This was easier said than done, as the Marine boot camp instill a super-aggressive shoot first and ask questions later mentality. But in the end I was able to get through to my men and I was proud to lead them.

During this mission, my views on war changed drastically, and I was reminded of the article I had read back in Manila. It took me getting shot at and shooting back, seeing the first-hand the devastation of war, both physical and mental, on the Afghans and my men.

These experiences were nothing out of the ordinary. Thousands of military personnel, and millions of Afghans and Iraqis have had similar or worse experiences. Some are shadows of the beings they once were. Many are gone forever.

Three months ago I received an honorable discharge. So now I sit on my sofa and wonder what the ‘honorable part’ was. My intentions were honorable, but what about the results?

I remain proud of my service, knowing that I did it for all the right reasons, and served with many able and ethical people.

And yet, what did we accomplish? Did we fight for freedom? Yes, we did. That was our intention.

But who was fighting against our freedom? I saw no one in Iraq that was any threat at all to anyone beyond the boundaries of that desolate place.

Like most people, I saw the capture of Saddam Hussein from his little spider hole on TV, and I wondered, “That’s the guy we’re afraid of?”

I waited with some anticipation of what he would say during his trial, but… it never aired. There were no transcripts, there was no nothing, just empty jubilation.

Something started to smell funny to me.

And back at home, it seemed that every erosion of our freedom came from on high in Washington, DC. Not abroad where our supposed enemies plot against us.

Many people meant us harm “while we were there,” let there be no mistake about that. But had I stayed in Ohio or in the jungles of the Philippines I don’t know that any of that carnage would have needed to happen.

I still believe that the Marines produces fine men and women. But at the same time, I now understand that all of this human talent is used not to benefit our society, but is wasted by our government in alleged “defense” of our nation.

I’ve heard that it’s easier to fool someone than to convince him that he has been fooled. I’d have to say that it is probably true. I’m still uneasy with the idea that I was fooled, but it’s looking more and more like it every day.