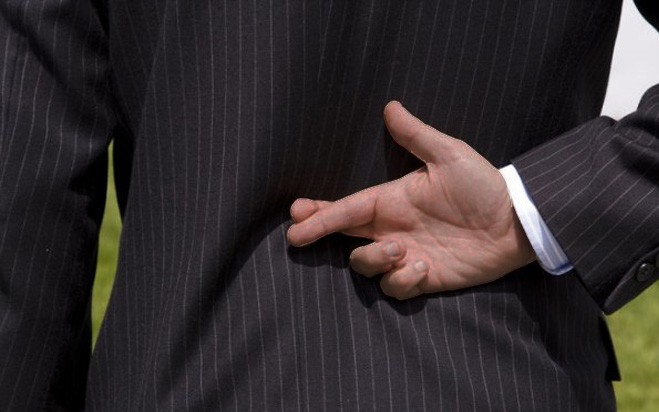 In his State of the Union address, President Obama said he was going to “give America a raise.”

Gee, what a nice guy.

He explained that he was going to issue an executive order that federal contractors pay their employees at least $10.10 an hour, saying, “because if you cook our troops’ meals or wash their dishes, you shouldn’t have to live in poverty.”

But who exactly is cooking the troops meals and washing their dishes?

There are cooks and dishwashers in the military, but since they are not paid by federal contractors, they are not who President Obama’s was talking about.

According to Doug Brooks, president of International Peace Operations Association, the Halliburton subsidiary that handles military support has hired more than 50,000 civilians to work as cooks, carpenters, dishwashers, etc. mostly from Third World countries, the majority from the Philippines.

So either Obama just gave a raise to several thousand Filipinos, or his kindly executive order will exempt contractors from paying non-Americans his minimum wage and even fewer Americans will be employed.

Which option it is I do not know. Judging from the results of a brief job search, I would guess the latter.

Positions for a cook in Afghanistan do not just say “Cook,” they often say “Filipino Cook.” Another for catering staff says, “Eastern Europe Nationals only.”

Of course, Philippines and Eastern Europe are poor regions of the world, so the poor people from those areas are more willing to accept low status jobs under dangerous conditions.

A kind-hearted President who once said he wanted to “spread the wealth around,” could even call it a wealth redistribution program.

He said he was “giving America a raise.” I’m sure someone will get a raise out of it, just not who he said in his speech.

President Obama went on to say, “Today the federal minimum wage is worth about twenty percent less than it was when Ronald Reagan first stood here.”

Indeed it is, but not once did he even hint at the reason why. It’s doubtful that he knows the reason.

Real wages are lower because of never-ending bailouts, stimulus programs, government spending, and low interest rates, that add billions to the money supply, but little to productivity.

More money and the same amount of stuff is not a formula for increase purchasing power.

But rather than fight the real problem of excess money, President Obama wants to fight the symptom of falling real wages (by throwing more money at it).

Ever wonder why some things never improve?

Regarding votes, President Obama said, “It should be the power of our vote, not the size of our bank account, that drives our democracy.”

I agree with him. So let’s have real campaign finance reform, for both parties, including union sponsorship of candidates.

But since neither party actually wants that, it won’t happen. File this comment from the President under “Fluffy Talk,” to be recycled in the next election by both parties.

The Republican response to President Obama’s Address was another sad demonstration of why the GOP needs to wake up and smell the tea.

Rep. Cathy Rodgers did little more than repeat the same tired platitudes to please extreme-right, religious conservatives, while offending the moderate independent voters that Republicans need to win an election.

Republicans desperately need to jettison warmongering and right-to-life policies as their flagship issues.

Social conservatives will never vote Democrat, so why are they preaching to the choir?

The crucial voters are the undecided, the moderates, and independents.

Unless Republicans are able to embrace that reality, they might as well brace themselves for eight years of Hillary.