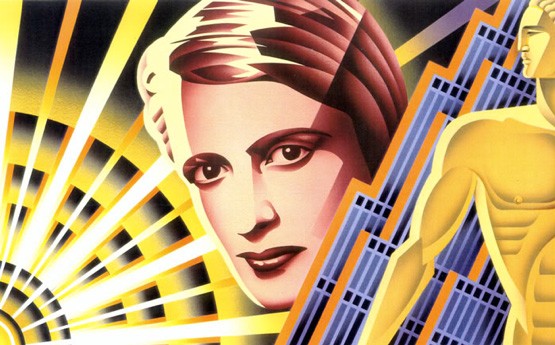 Despised by some, deified by others, Ayn Rand is mostly known for her overly thick novels: The Fountainhead and Atlas Shrugged.

She also wrote a book outlining her philosophy called, The Virtue of Selfishness.

It has provided endless outrage – mostly for people who have never read it.

They mistakenly associate Rand’s concept of “selfishness,” with greed, exploitation, and evil intentions. In other words, they judge a book not even by its cover, but only by its title.

It doesn’t help matters that Rand had the brusque manner, deep accent, and personal style fitting of a James Bond villain.

But style is not substance.

It is true that “Self-Interest” is a core tenet of her philosophy, but Rand’s self-interest is not a ‘naked greed,’ in which people take whatever they want – caveman style.

Rand’s idea is that self-interest in mutual consent with others, best serves the interests of the most people – even without any direct regard for those people.

Here is how Rand puts it:

“A trader is a man who earns what he gets, and he does not take what is undeserved. He does not treat men as masters or slaves, but as independent equals. He deals with other people by a free, voluntary, unforced exchange. An exchange that benefits both parties by their own independent judgment.”

Rand’s idea of selfishness comes at the BENEFIT of others, not at their EXPENSE.

This is too fine a distinction for some people.

They are unable, or unwilling, to distinguish between a ‘word,’ and an ‘idea.’

It’s not really a new idea though, Adam Smith advocated the same in the Wealth of Nations back in the 1770s. He famously put the idea in the context of an “invisible hand,” in which many benefit from the self-interest of others.

Socialists have been misquoting and misinterpreting both Rand and Smith ever since.

But history has proven Rand and Smith correct. Wherever people are prevented from acting on their “self-interest,” misery soon follows.

Rand knew this very well on a personal level, growing up in Soviet Russia.

And nothing could illustrate this better than the awakening of China from decades of poverty under Maoist Socialism, to rapidly rising prosperity since Deng Xiaoping declared, “To be rich is glorious.”

But one need not travel overseas or backward in time to benefit from Randian selfishness or Smith’s invisible hand.

And how do these various selfish institutions measure their service to humanity?

How do they know that they have indeed given people something of benefit, something that those people so desired that they willingly traded their labor to possess?