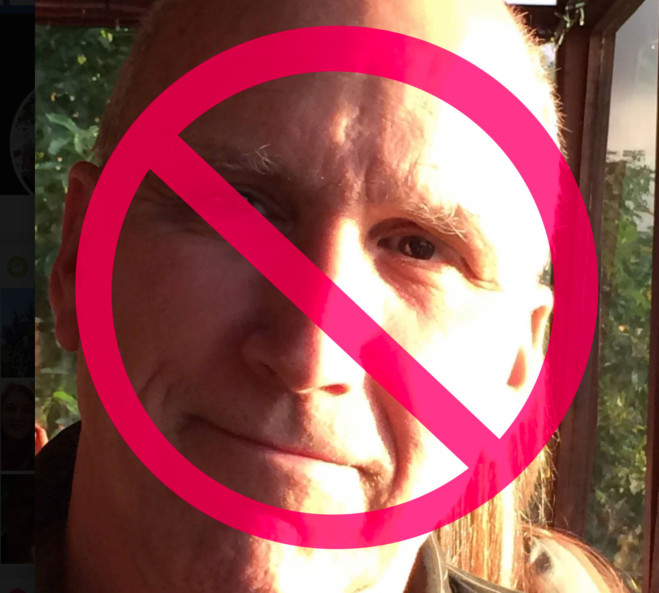 Armand doesn’t convince with logic. He can’t, because the liberal policies he advocates don’t work. So instead, Armand has to use emotion-based ploys and attack the motives of people he disagrees with.

Here are some typical Armand responses to tough questions…

If systemic racism is such a problem in America, then why do blacks from other countries want to move here? While next to zero American blacks move to Africa?

Armand: “Rubin is funded by George Mason University and Koch Bros Dough.”  2) There are many instances of police abusing their power, even killing un-armed white suspects, and yet these incidents are never reported by mainstream media, why is that?  “How would Toby Diller’s story have gone if there were no pistols on the scene?”

If you believe we have a “right” to things like health care, food, shelter and a good education, then doesn’t that also mean you believe we also have a right to force other people to unwillingly provide those things at gunpoint?

Armand: “I liked Ayn Rand when I was young, but then I grew up.”

3) How can you simultaneously want a big government that will make decisions that have an enormous impact on the lives of every American while also saying that the character and morals of our politicians don’t matter?

4) What exactly is the “fair share” of someone’s income that he’s earned that he should be able to keep?

5) Why is it that time and time again, revenue paid to the treasury has GONE UP after we’ve cut taxes?

And on and on it goes, an endless string of distraction and logical fallacies. Even liberals with high IQs say things on a regular basis that are stunningly stupid and at odds with the way the world works. In fact, liberalism has become such a toxic and poisonous philosophy that most liberals wouldn’t behave differently if their goal were to deliberately destroy the country.

So, how does liberalism cause well-meaning, intelligent liberals to get this way? Well, it starts with…

Liberalism creates a feedback loop. It is usually impossible for a non-liberal to change a liberal’s mind about political issues because liberalism works like so: only liberals are credible sources of information. How do you know someone’s liberal? He espouses liberal doctrine. So, no matter how plausible what you say may be, it will be ignored if you’re not a liberal and if you are a liberal, of course, you probably agree with liberal views. This sort of close-mindedness makes liberals nearly impervious to any information that might undermine their beliefs.

2) Liberals sources of information are ever present. Conservatives are regularly exposed to the liberal viewpoint whether they want to be or not. That’s not necessarily so for liberals. Imagine the average day for liberals. They get up and read their local newspaper. It has a liberal viewpoint. They take their kids to school, where the teachers are liberal. Then they go to work, listen to NPR which has a liberal viewpoint on the way home, and then turn on the nightly news which also skews leftward. From there, they turn on TV and watch shows created by liberals that lean to the left, if they have any political viewpoint at all. Unless liberals actively seek out conservative viewpoints, which is unlikely, the only conservative arguments they’re probably going to hear are going to be through the heavily distorted, poorly translated, deeply skeptical lens of other liberals.

3) Liberals emphasize feeling superior, not superior results. Liberalism is all about appearances, not outcomes. What matters to liberals is how a program makes them FEEL about themselves, not whether it works or not. A ban on DDT makes liberals feel good about themselves because they’re “protecting the environment” even though millions of people have died as a result. For liberals, it’s not what a program does in the real world; it’s about whether they feel better about themselves for supporting it.

4) Liberals are big believers in moral relativism. This spins them round and round because if the only thing that’s wrong is saying that there’s an absolute moral code, then you lose your ability to tell cause from effect, good from bad, and right from wrong. Taking being non-judgmental to the level that liberals do leaves them paralyzed, pondering “why they hate us” because they feel incapable of saying, “That’s wrong,” and doing something about it. If you’re against firm standards and condemning immoral behavior, then your moral compass won’t work and you’ll also be for immorality, as well as societal and cultural decay by default.

5) Liberals tend to view people as parts of groups, not individuals. One of the prejudices of liberalism is that they see everyone as part of a group, not as an individual. This can lead to rather bizarre disparities when say, a man from a group that they consider to be powerless, impoverished victims becomes the leader of the free world — and he’s challenged by a group of lower middle class white people who’ve banded together because individually they’re powerless. If you listen to the liberal rhetoric, you might think Barack Obama was a black Republican being surrounded by a KKK lynching party 100 years ago — as opposed to the single most powerful man in America abusing the authority of his office to attack ordinary Tea Partiers who have the audacity to speak the truth to power for the good of their country.

6) Liberals take a dim view of personal responsibility. Who’s at fault if a criminal commits a crime? The criminal or society? If someone creates a business and becomes a millionaire, is that the result of hard work and talent or luck? If you’re dirt poor, starving, and haven’t worked in 5 years, is that a personal failing or a failure of the state? Conservatives would tend to say the former in each case, while liberals would tend to say the latter. But when you disconnect what an individual does from the results that happen in his life, it’s very difficult to understand cause and effect in people’s lives.

7) Liberals give themselves far too much credit just for being liberal. To many liberals, all one needs to do to be wise, intelligent, compassionate, open minded, and sensitive is to BE LIBERAL. In other words, many of the good things about a person spring not from his actions, but from the ideology he holds. This has an obvious appeal. You can be a diehard misogynist, but plausibly call yourself a feminist, hate blacks, but accuse others of racism, have a subpar IQ and be an intellectual, give nothing to charity and be compassionate, etc., etc., and all you have to do is call yourself a liberal. It’s a shortcut to virtue much like the corrupt old idea of religious indulgences. Why live a life of virtue when you could live a sinful life and buy your way into heaven? If you’re a liberal, why actually live a life of virtue when you can merely call yourself a liberal and get credit for being virtuous, even when you’ve done nothing to earn it?