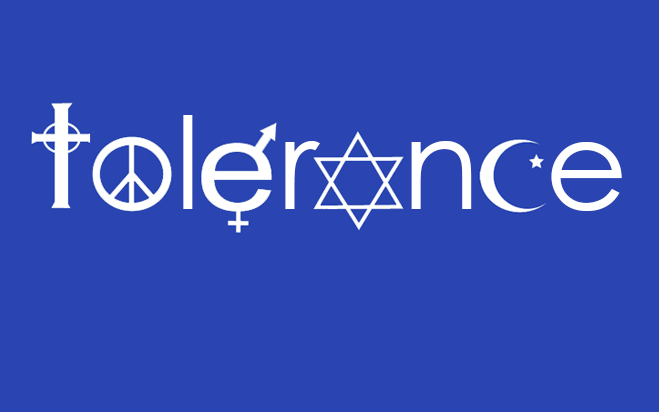 Freedom should have nothing to do with one’s religious beliefs or lack thereof.

In fact, in a free society, you can buy both, or neither. It’s really nobody’s business, so long as there is no aggression.

And in a free society, if you have a business, you can choose to sell only Coke, only Pepsi, both, or none. In an authortiarian society, it is illegal to sell Coke, or Pepsi, or neither, or both. In a free society, a person may want to buy a Coke, but may walk into a store that sells only Pepsi – and he simply won’t do business there.

There will be no lawsuit, no arrest, no thug demanding protection money, no extortion, no threats, no violence, and no moral outrage that Coke-drinkers are being discriminated against.

He will simply find someone that sells Pepsi. The Coke-only seller misses out on a sale, and the market sends a signal that selling Pepsi is a good way to make money – which someone does.

This is a system of voluntary and peaceful interaction. It is far superior to any alternative, which is inevitably violent or enforced with the threat of violence.

That is how freedom works.

I do believe in freedom, as opposed to freedom that is qualified by religion. For a lot of things go into what makes us different: worldview, tastes, priorities, religion (or lack thereof), intelligence, ability, physical stature, culture, etc. Religion is just one of those things that contribute to the diversity of the human race.

Part of the current discussion about freedom has focused on religion, largely over the issue of whether or not people with traditional religious views have the right not to violate their consciences as they ply their trades, or are they rather compelled to act contrary to their worldviews in contracting business?

What has sparked this controversy involves the question as to whether or not a Christian photographer has the right to refuse to accept a job photographing a ritual that is contrary to his faith, one that would be uncomfortable for him based on his ethical worldview.

Here are some analogous questions:

Should a lesbian photographer be compelled to accept a job taking pictures at a celebration of Fred Phelps at the Westboro Baptist Church?

Or does this photographer have the right to either accept or decline this job based on her comfort level and freedom of choice? Does she have a choice, or is she under compulsion to go and be uncomfortable, to do a job against her will?

Which option, choice or compulsion, would be considered “freedom” as opposed to “tyranny”?

• a black photographer at a white supremacist ritual,

• a Jewish photographer at a neo-nazi political rally,

• a vegan at a slaughterhouse,

• a Mennonite at a pornography convention,

• a Jehovah’s Witness as a flag-raising ceremony,

• a Tibetan at a function honoring Chairman Mao?

Should a photographer who does not believe in the death penalty be compelled to photograph executions?

Do any of these photographers reserve the right to say “No, thank you,” or must every photographer be compelled to do business with every other person on demand, regardless of religion, worldview, or comfort level?

What if an Atheist thinks religion is stupid, or even offensive, could be refuse to take pictures at a Christian ordination?

What if a photographer suffered the effects of promiscuous parents and a broken family, could he turn down a job at a swinger’s party?

How about a person whose father was beaten to death in an incident of police brutality, can he refuse jobs involving the police?

Of course, this issue of freedom of association doesn’t only affect photographers.

• May a Christian ob/gyn refuse to perform abortions?

• May an all-women’s college refuse admission to men?

• May a merchant refuse to sell alcohol or pornography or marijuana (in states in which it is legal) if he finds these legal substances to be morally troubling?

• May a Muslim-owned convenience store sell eggs but not bacon?

• Must a sporting goods store sell weapons and ammunition, even if the owner is a pacifist?

• Must an animal rights activist who runs a pawn shop purchase a stuffed deer head for resale?

• May a Lutheran pastor refuse to conduct a wedding for two Methodists, two Unitarians, or two men?

In a free society, we have the right to make choices. Others may agree with us or disagree with us. We can even be wrong.

If I were to walk into a store, and the manager said, “In order to do business here, you must hop up and down on one foot while reciting a poem by Catullus, and agree with me that 2+2=5,” I could either comply, or choose to leave.

And I would imagine the success of his business would reflect whether or not such practices are within the mainstream or not. I don’t think I would call the police on him, threaten him, or compel him to say “2+2=4″ and sell me a carburetor just because I feel entitled, or because I don’t like Latin poetry, or because his math is wrong, or because I think I would look like an idiot in complying with his rules.

Both parties are completely empowered. And neither party pulls a gun and compels a transaction. It’s all voluntary.

That is how freedom works.

Sad to say, both left and right have lost touch with what freedom is. The left talks the talk on tolerance, but is utterly illiberal when it comes to extending tolerance to those who disagree with them.

The right talks the talk on freedom, but prefers to focus on religious freedom instead of seeing the bigger picture that freedom is freedom whether or not it has anything to do with religion.

How far we have fallen since 1776, when Jefferson opined about “inalienable rights” and the role of government being “to secure these rights.” Nowhere in the Declaration is King George allowed to violate the liberties of Americans based on his own “compelling interest.”

Even the word “compelling” suggests “compulsion” – which is the antithesis of liberty. This kind of language is indicative of the controlling and tyrannical tendency of government by its very nature: a nature our forefathers sought to curtail through conscious limitation, institutional distrust, and eternal vigilance.

Sad to say, the fact that we’re even having this discussion in the United States is indicative of our own failure to uphold the very principles of liberty and independence our ancestors attempted to secure for us, their posterity.

And yet, even in its weakness (which seems to approach mortality in many cases), the ideal of freedom refuses to be snuffed out entirely. It lives in the hearts and minds of men who are not afraid to challenge the assertions of the ruling mob, whether personified by an elephant or by a donkey, by a red star or by a twisted cross.

Including freedom for people to associate with others or not, to conduct business or not, in accordance with their religion, or lack of religion. 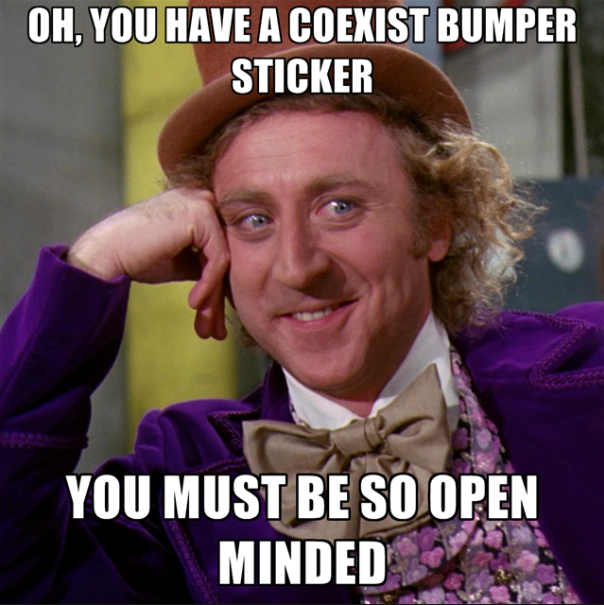