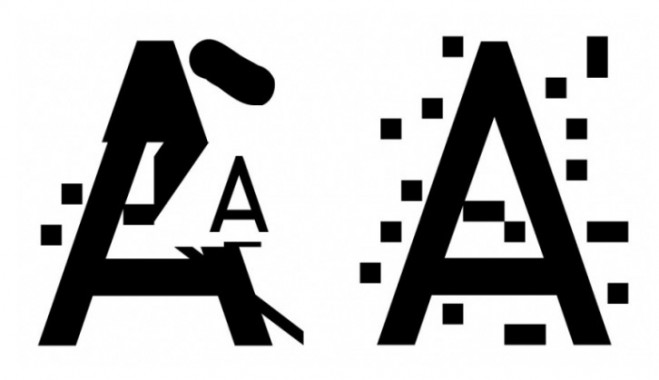 Well, well, it looks like the tin foil hats were on to something after all. If you thought people who talked about the government recording phone calls and reading emails were just being paranoid, the recent revelations about the NSA proved them right.

Edward Snowden, the former CIA employee, and now man on the run, wasn’t the first to blow the whistle, but for some reason the lame-stream media has taken a liking to his style.

Speaking of style, Sang Mun decided to thwart the uber-secret spy agency at their own game.

Mun used his training as a graphic designer at The Rhode Island School of Design to design a disruptive typeface that is unreadable by text scanning software.

He calls the font ZXX, named after the Library of Congress’s ‘no linguistic content’ labeling code.

ZXX is a bit difficult to read, but not impossible. Its an interesting approach at encryption that is right out in the open. Translated not by software but by the pattern recognition talent of the human brain. 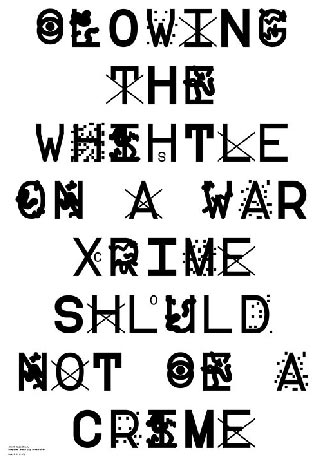 It probably works better than many of the anti-NSA programs and software that seemed to pop up like weeds since the news first broke.

According to Sang Mun, during his service in the Korean Military he was involved in data extraction from defense targets. He says it was easy to get the information they wanted from external documents, but was only used for national security and defense purposes.

Since hearing of the NSA spying on citizens, Mun set out to “articulate our unfreedom” by designing ZXX to express dissent with surveillance, censorship, and state interference in free relations.

His project started with the question, “How can we conceal our fundamental thoughts from artificial intelligences and those who deploy them?”

Mun’s answer was to create a font that would be unreadable by text scanning software and misdirecting government agencies or hackers who used such software.

There are six different versions of the font which can be used on large amounts of data or on simple email messages. Each version thwarts machine readers in a different way, but each remains reasonably readable to the human eye. He offered the typeface as a free download in hopes that as many people as possible would use it.

The information can be intercepted, gathered, analyzed, and stored. With this information, governments and corporations can and do build profiles, stereotypes of individual human beings who have had no say whatsoever.

Monitoring the public’s communication under the name of “homeland security” is eerily similar to the Soviet and East German regimes, in which the governments were more fearful of their own citizens in practice, than the external enemies they incessantly blamed for their own failures.

As shown in the movie: The Lives of Others

This non-physical-yet-ideological violence is what allows us to lapse into lethargic silence.

Now with ZXX, it is possible to make the silence real, at least to automated text readers.

The increasing activities of whistleblowers are a significant cue to the urgency of diminishing privacy. When surveillance becomes routine, our lives become devalued, like so many ants in a hill. This growing invasion of privacy dehumanizes us.

Project ZXX is a contribution to the activists, artists, and designers who have been actively fighting for civil liberties. Like the humans resisting the cyborgs in Terminator, or Mel Gibson in Braveheart, the urge toward freedom is a strong one.

Designers just fight with the tools available to them.

What Snowden disclosed is nothing new. But there needs to be a robust discussion about the relationship between the governed and the governors.

Many believe that we’ve already lost our privacy and are indifferent to it. They say, “I haven’t done anything wrong, so I have nothing to worry about.” But the definition of right and wrong can shift from year to year. People change and so do the times.

The right to privacy is a basic freedom, and stripping humanity of its freedoms without cause should never be justified.

One thought on “NSA and the Unreadable Font”