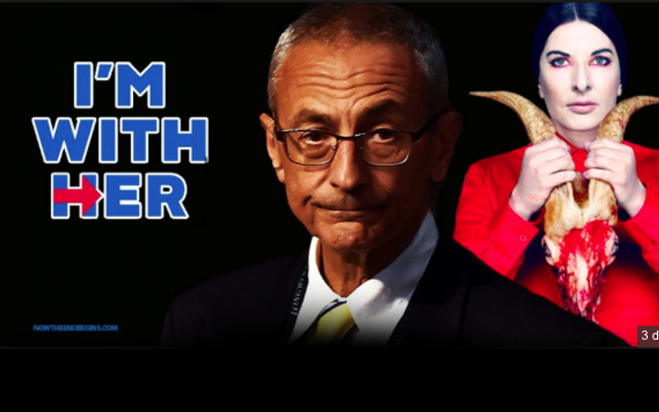 What the Hell is a Wikileak and Why Doesn’t CNN Want You to Read Them?

Among other things, they tend to show uncomfortable connections to sex-trafficking and pedophilia amongst key staffers in the Clinton campaign, and perhaps higher up…

Here’s a curious excerpt from one Wikileaks email:

“I am popping up again to share our excitement about the Reprise of Our Gang’s visit to the farm in Lovettsville. And I thought I’d share a couple more notes: We plan to heat the pool, so a swim is a possibility. Bonnie will be Uber Service to transport Ruby, Emerson, and Maeve Luzzatto (11, 9, and almost 7) so you’ll have some further entertainment, and they will be in that pool for sure.”

I have some questions:

What kind of adult sends an email to another adult telling them that there will be children (ages 11,9, and 7) in the swimming pool for their entertainment?

Is there a non-nefarious explanation for this? Maybe. But I’m having a hard time imagining what it is.

The email was sent from Trudy Vincent, a gov’t lobbyist, to Tamera Luzzatto, formerly Hillary Clinton’s Chief of Staff and now Sr. VP at the Pew Charitable Trust where she supposedly oversees “nonpartisan policy work.”

Now this email in itself proves nothing, but it is strange.

Why would Ms. Vincent send an e-mail to Ms. Luzzatto, telling her that three children with Luzzatto’s last name would be in the pool (for sure)?

Is Ms. Luzzatto not attending the party?

If those were her children, would she not have something to say about whether or not they A. Swim, or B. be further entertainment?

Perhaps the message was intended for the many people CC’ed on it. Among them, current Clinton campaign chairman John Podesta. Mr. Podesta has a seemingly endless array of strangeness following him.

In another Wikileak email he seems to be involved with an Occult practice of “Spirit Cooking,” in which mock cannibalism rituals are held along with the consumption of menstrual blood, semen, and breast milk.

Now that is some pretty strange stuff, and saying that someone partakes in such a thing, let alone believes in it would take some corroboration. Hanging prominently in Podesta’s office is a painting depicting an act of cannibalism.

When asked to comment on the painting, Podesta replied that it’d be better to be the guy with the fork than the guy on the table. Indeed.

In another Wikileaks email from 2007, Podesta writes, “On a plane to London, then to Portugal…”

In 2007, 3-year-old child actor Madeleine McCann was abducted while on vacation at a Portugal resort and never seen again. During the investigation police released a sketch of the perpetrators. They might as well be portraits of John Podesta and his brother Tony Podesta. 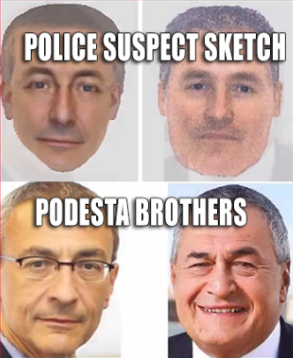 In another email, Tony Podesta states that he remains on close terms with convicted child molester Dennis Hastert. 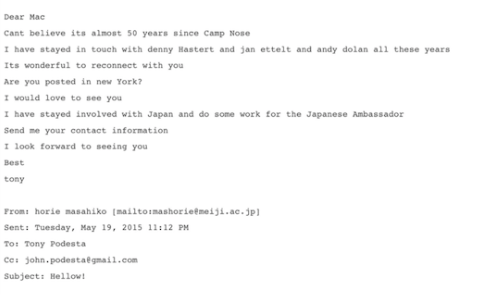 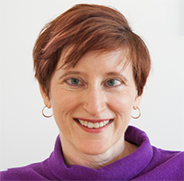 In another email to John Podesta, Susan Sandler of the Sandler Foundation makes the following statement, “The realtor found a hankerchief (I think it has a map that seems pizza-related). Is it yours?”

So what’s this about pizza?

How on earth could a map be pizza-related and why would anyone inquire about the maps ownership?

Apparently “Pizza” is a code word used by pedophiles to describe child pornography.

On a slightly different topic, but perhaps no less sinister. In a February 9th email, Podesta makes a reference to “wet-work.”

Wet-work is of course a commonly used term for assassination. In the email Podesta makes it clear that he is not talking about another illicit pool-party, and the response to the email comes from Hillary delegate Steve Elmendorf who replies, “Sounds like it will be a bad night, we all need to buckle up and double down.” 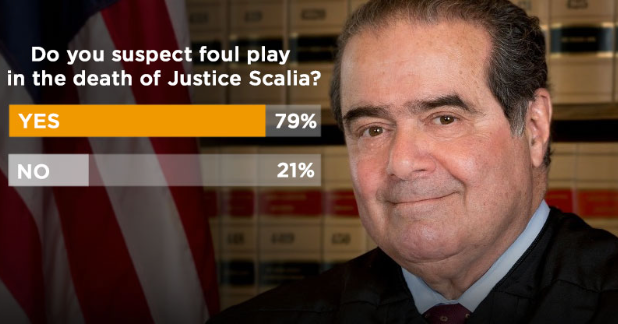 And it’s not just Podesta.

There are emails detailing the involvement of the Clinton Foundation with supporting child-trafficking. After the 2010 Earthquake in Haiti, Laura Silsby was arrested trying to smuggle 33 orphaned children out of the country, but after investigation, it turned out that the children were not even orphans.

According to Wikileaks, “One of the first things Hillary did when she took over the scene in Haiti was to get Laura off the hook.” 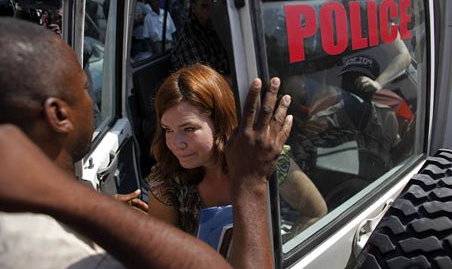 And the attorney who represented Laura Silsby? A man who was himself convicted as a sex-trafficker.

Up to this point, Wikileaks has never been shown to release false information, but that didn’t stop Clinton advisor Jennifer Palmieri from saying, “If you see a whopper of a Wikileaks in next two days – it’s probably a fake.”

Umm, how would she know?

And what would qualify as a whopper?

Online hackers Anonymous and Kim Dotcom say that they have access to photos of former President Bill Clinton having sex with minors while visiting convicted pedophile Jeffrey Epstein’s “Sex Island.”

In a perhaps related statement, Hillary is supposed to have screamed at Matt Lauer after an unfavorable interview, “If that Fucking Bastard wins we all hang from nooses.”