August 7th, 2016
The Long Shadow of the Hegemon 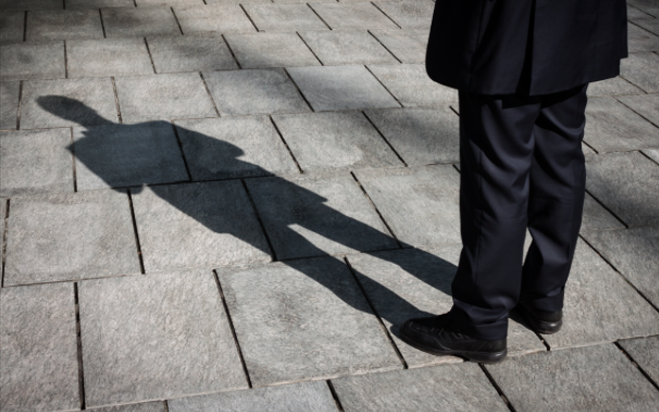 There is no place in the world anymore that is immune to the presence of hegemonic forces.

Money and technology are the main ingredients that influence our beliefs, our tastes and our perceptions of what social values should mean. In becoming consumers, we are co-opted into cultural norms that validate the dominant ideology.

Since being force-fed that praxis of knowledge, better known as neoconservative-ideological-gruel to justify ideological expropriation of wealth, a rancid deceit wrapped in dubious economics has plagued us for decades. We have been sold an economic status quo as something natural and inevitable, perpetual and beneficial for everyone, rather than as an artificial social construct that benefits only the ruling class.

Worst of all, the system that now owns us also owns our imagination. Too many of us feel that we are not part of the system anymore…and it’s the issue most central in this election year in America.

In a void, no one could say why a thing once set in motion should stop anywhere; or why ‘here’ or ‘there’ could be of matter, if filling-the-void is the purpose of the game. A thing will either be at rest or move ad infinitum, unless something more powerful gets in its way.

What might that more powerful thing be, that could free us from the banality of our mechanical culture? The mechanics of the Punch & Judy show, or the Hillary & Donald show, have been set in motion and have become American ‘slapstick’ writ large, with the puppeteers firmly in control of both candidates.

Cue to understanding the Punch & Judy show and how it works is to recognise that it’s the ‘slapstick’ Punch carries, a stick as large as himself, which he freely uses upon most of the other characters in the show to achieve supremacy over them. Sound familiar, does it? It’s American Foreign Policy to a tee and it’s ‘exceptionality’, without a doubt…but how ignoble!

Given that it is bullying that best identifies American Foreign Policy, the Punch & Judy fiasco or the Hillary & Donald debacle, show a close affinity with Pennsylvania Avenue & Wall Street designs.

The Punch & Judy Show replicates American Foreign Policy in many ways. The party inflicting violence and punishment on the smaller country with impunity possesses the biggest ‘slapstick’. In order to achieve its place in the world as the dominant hegemon, the bully resorts to extremes of violence and punishment, justifying its actions in classic American crusader shtick as it goes.

Rightly speaking, there is really no American Foreign Policy other than the one that uses the ‘slapstick’…or air power and WMD’s as is the case here… enabling American interests to spread like a suffocatingly cancerous sludge across the globe.

What is not addressed by either candidate in this year’s Presidential election is the horror of American Foreign Policy and how it has wrought havoc in the Muslim world. Policies co-authored in Tel Aviv, where ‘slapstick’ sees to it that Israelis can have a state and Palestinians cannot.

America, the land of Milk & Money is in the hands of those who know how to…invisibly…manage the puppets that serve the cause of Perpetual War & Zion. For the rest of us, there is alternative media to explain what is happening under OUR watch.

Domiciled in regional Ballarat, Australia, the hegemonic force…in micro terms…happens to be a mega Warehouse where consumers are given every opportunity to fulfil their shopping needs. There is nothing that gets in the way of functionality.

While making their purchases, customers are regaled with frills and frippery; a stopover at Fuelers Underground Car Club Show offers full-spectrum cooking-oil aromas to amplify the BBQ experience; you can also attend a ‘How to Install & Replace-A-Lock’ demo if you so choose; Art Class Workshops for kids are a must (for some), or you can simply attend a Project-Advise-Group to avoid a vacuum creeping into your life.

But above all, the most prized items marching out the doors of ‘Aladdin’s cave’ are the large-size flat TVs that can monitor the vagaries of the status quo for the average Jane or Jo..

Given the mechanics of the consumerist society, there is little likelihood of anything getting in the way of the status quo as we know it. This conclusion was reached when waiting in a veterinary clinic to have my Silky Terrier ‘Girlie’ examined for a sexually transmitted disease.

The eight other people in the waiting room were all women…tending toward vintage…mutely gazing at a very large flat tele-screen projecting the image of Hillary Clinton in white pantsuit at the Democratic Convention.

Sounding like an elocution teacher about to accept a trophy on behalf of the entire Western World, Hill was there to thrill the faithful. It was a perfect illustration of television’s global hegemonic reach… television to saturate the entire global population in vanities that eschew substance so as to keep us moving on to nowhere…the American narrative ad infinitum?

Were these women a random sample of how worldwide audiences uncritically consume news bulletins where American accents fill the void with expert opinions on what is wrong with the world we live in and how it should be interpreted by Americans…only? They seemed to respond to the messages coming from the ubiquitous tele-screen as bored accomplices might, exhibiting respectful deference to the hegemon that helps fill the erstwhile time vacuum. What to do with time being the real challenge.

As vassals of the American Empire, we Australians need to keep in touch with what is happening under every President’s watch. We have to keep watching because we could have a repeat of the Cuban missile crisis in our own very backyard, if American gung-ho militarism chose to come our way.

The stocky dog next to me had been licking its private-parts in an animated and unpleasantly loud fashion for some considerable time, causing the customers in the waiting room to give exaggerated attention to what was happening on the TV…we were seeing without looking… when without warning 30 kilos of lascivious canine flesh flopped over onto my shoes.

The strangely ecstatic sounds emanating from its wet snout caused me to grab Girlie so as to deliver her to the safety of the bench I was sitting on. The woman next to me, noticing my reaction, smilingly offered me some gratuitous information, “He’s my rock…he’s 15” conveyed with an expression of love laced with gratitude for her 15 year old drooling Pit Bull, now obviously suffering some kind of swallowing malfunction.

“Don’t know what I’d do without Bill” she said before returning to the big screen once again. Shifting my attention back to Hillary, it became apparent that she had no problem in expressing her gratitude either in accepting the nomination…her throat, lungs and speech-writers obviously up to the task. Verbally she was in full matronly flight now and it appeared that all the women in the waiting room, in spite of the cacophony of doggy sounds in the background, were bonding with the image of the woman in the white pantsuit on the big screen.

Then it struck me, they were locked into the idea of woman as the incarnation of hegemonic power.

The woman in the pantsuit symbolised gender politics; she appeared to represent the righting of some long standing grievance they imagined had to do with laundry duties, floor scrubbing and glass ceilings. She was as pure as the driven snow in her white pantsuit.

This empowered woman was all things to all women, freed from knitting-needle, potato-peeler and being perceived merely as a sexual object… the woman in the white pantsuit had finally made it to Barbie Heaven. The rude details of her personality had been sanitized, and her rise to hegemonic status was as vivid as the Southern Cross on a clear night in my part of the world.

Just before my name was called to pick up my pooch, I observed how Hillary turned to the man sedately dressed in a dark blue suit next to her, to say “Don’t know what I would have done without Bill”.

Driving home with Girlie, relieved that she was free from doggy-aids or something worse, I thought of Donald Trump in the context of his ambition to be God’s hegemonic representative on earth. Somewhere out there, in some parallel veterinary clinic, eight men might be sitting on benches waiting their turn to have their Mastiff, Great Dane, Irish Wolf-hound, Cane Corso, Dogue de Bordeaux etc., checked for colic or bad gas.

They might be looking at Donald receiving the Republican Nomination on a very large and flat TV screen. Donald’s message being unambiguously ambiguous would be the way they liked it… He wants America to be Great Again. He is saying that only he can make this happen.

He doesn’t say if this entails more or less bombing of other people’s countries and it doesn’t seem to count for much with his audience. The eight men in the waiting room want greatness to happen regardless the means. No one can say why a thing once set in motion should stop anywhere.

A thing will either be at rest or move ad infinitum…and they don’t want a bar of inertia…this is about identity politics. These eight men would probably vote for whoever promised more of the same, so long as America remained the top Mastiff, Great Dane, Alsatian or whatever.

So where’s the choice in this election year in America? There’s none, even blind Freddie can see that…as we say down under. American style capitalism…which is really the age-old quest for the secret of perpetual motion and growth…is likely to fall on its own sword.

The motion of a hypothetical machine which, once activated, would run forever unless subject to an external force, or to wear, evolved into the machine for constant war that America is now experiencing.

The Queen of Chaos in Pantsuit is no stranger to war, wear and wastage, and her taste for more of the same is born of a passion for bloodletting, explicated as ‘Full Spectrum Dominance’ doctrine. The white Pantsuit doesn’t quite hide the take-all-and-concede-nothing jackal posturing behind the matronly rhetoric.

So do Americans, ordinary Americans need to take to the streets to protest the shenanigans of the corrupt elites? The answer would have to be yes! Everyone can see that the owners of everything have put a price tag on everything except human dignity…and are only there for the take. The fight for human dignity and the health of the planet is only beginning. The hegemon we need is the hegemon that can think socially. The machinery of state doesn’t need fixing…it needs replacing.