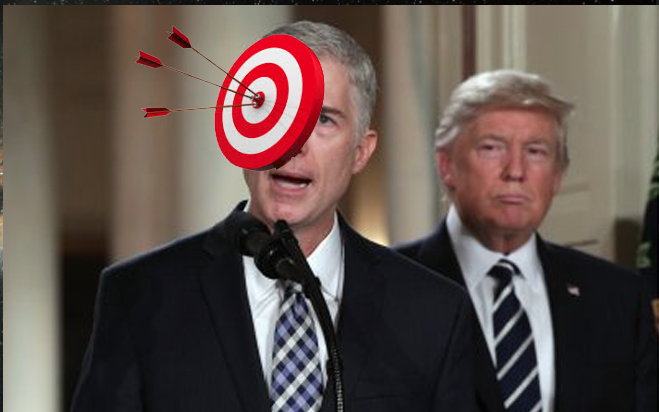 It was a unanimous vote.

But now, all of a sudden, within seconds of Gorsuch being nominated to the Supreme Court, Gorsuch has been labeled an “Extremist,” and “Dangerous.” Many of the same people who voted “Yes,” in 2006, now vow to fight his appointment tooth and nail.

Question: If he is so dangerous and extreme that protesters had professionally printed signs at the ready in advance of his announcement, then why did every Democratic Senator vote “yes” for him before?

Is it not their job to protect the nation from dangerous extremists all the time?

Unless Gorsuch has made a dramatic change in the past 10 years, then the aforementioned Senators are either hypocrites or incompetent. But to be fair, they may be both.

Oh, and what is it that supposedly makes Gorsuch so radical? Brace yourself… he thinks that the law means what it says; and that judges are not above the law, they also have to follow it, like it or not.

I know, what a maniac right? Meet me down at the riot, I feel like tipping over some trash cans… and I heard Chuck Schumer might give a speech and cry.

I just love it when he cries…