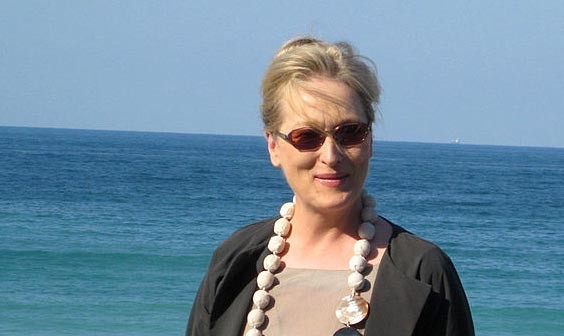 I was a teenager when Margaret Thatcher was elected as Britain’s Prime Minister in 1979. The seventies were definitely the heyday of the women’s movement, so I was a little surprised by the reaction of feminist’s of that time.

I thought that was very strange, but it wasn’t until much later that I would discover the reason for the silence, and it is this: Feminism is NOT a woman’s movement.

If it were, the simple act of being a woman would be enough to gain its approval, but in Margaret Thatcher’s case, it clearly didn’t.

For example, the actress Meryl Streep has long been an outspoken feminist, but when Thatcher became Britain’s first female prime minister she wasn’t terribly impressed, “I was not a Reagan supporter” she explained, “I was in the Left Wing, the actors end, the lines are drawn and you don’t cross over.”

But according to Streep, she was not interested in that line. Streep continued, “She was from another species, with the bubble hair, and the wrong clothes.”

The problem with Margaret Thatcher was that she wore the wrong clothes? Is that really how a feminist is going to judge an incredibly accomplished woman who has crossed a massive gender barrier?

Shame on you Miss Streep.

She goes on to say, “When Thatcher was elected I had just had my first baby and I was consumed that. But I do remember having a discussion with my friends that whether you liked it or not, it was very cool that England, this class driven, gender exclusive, homophobic, anti-semitic, old boys club, had allowed this to happen.”

When Margaret Thatcher became the first female Prime Minister of the UK, I heard nothing from feminists. And you can’t even get them to give her credit decades later.

So what was this “line” that Streep would not cross?

It was the line between left and right.

Feminism’s organizing principle is not gender.

Feminism is not a women’s movement, it is a leftist movement.

Do you doubt it?

Where is the feminist support for Sarah Palin, Michelle Bachman, Ayn Rand, or Ann Coulter?

They say it is because those women do not support “women’s issues.” Could anything be more demeaning? Is there any issue on which all women agree? Are women individuals with unique and special characteristics – or are women supposed to be some kind of robots who all think the same and automatically line up on one side of an issue?

The common denominator of approval is NOT gender. It’s something else.

Feminism is socialism in panties.

Article Inspired by a video by Stefan Molyneux.

2 thoughts on “Thatcher vs. Streep”