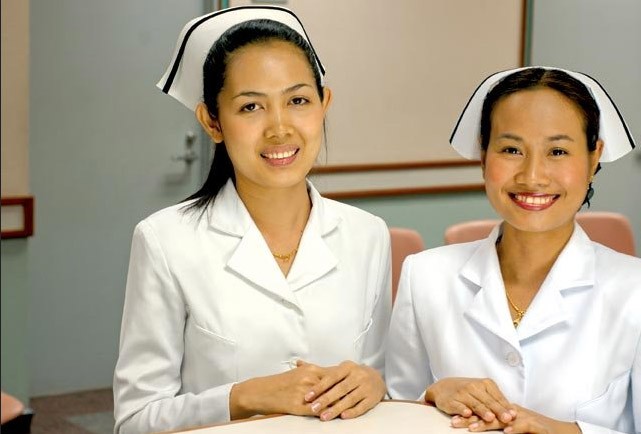 Why can’t healthcare be inexpensive, high quality, and readily available? That is what everyone wants right?

In my travels, I’ve discovered a few answers. One day I was walking around Bangkok, Thailand, when suddenly, I needed a restroom.

I was on a busy street, but it was early in the morning and no restaurants were open that I could see. I didn’t know what the penalty might be for urinating in public might be, and I didn’t want to find out.

Nor did I want to pee my pants.

I walked past the valet parking attendants, into the lobby of a nice hotel. Marble floors, fine art, and refreshingly cool air from the blistering heat outside.

I thought I might like to stay there. It had a great location and was much nicer than where I was staying. BI hadn’t seen any signs as I entered, so I asked the receptionist at the front desk, “What hotel is this?”

She giggled and replied, “Not hotel Sah, this hospital.”

“Yes, sah,” and she gave me a brochure. Here are some photos from it: 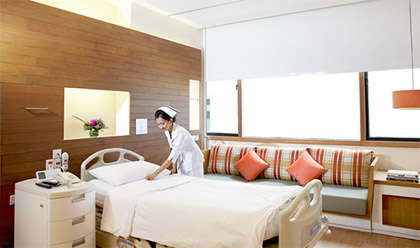 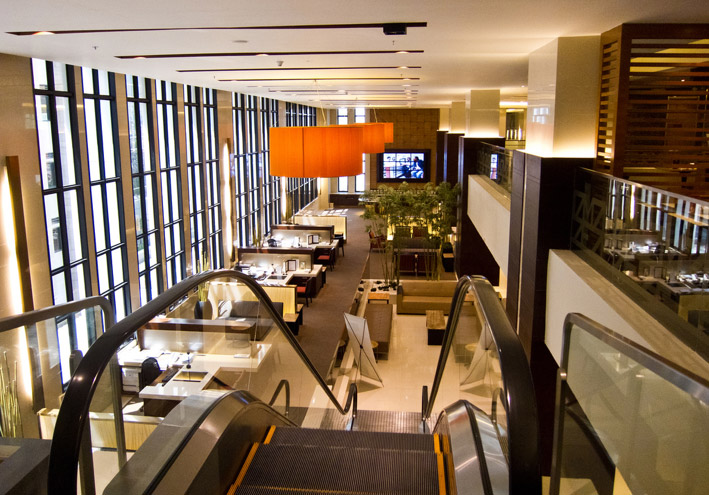 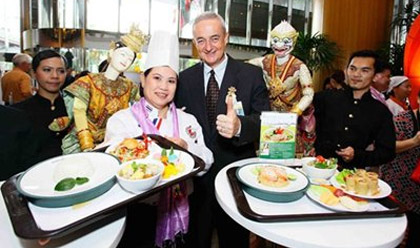 As I made my way back outside, past restaurants and gift shops, I told myself, if I ever get really sick, the first thing I’ll do is buy a ticket to Thailand.

It turns out that many people do just that.

Bumrungrad Hospital is one of the world’s leading destinations for medical tourism – for everything from dermatology to dialysis, to joint replacement surgery.

Having lived half my life in Canada and half in the USA, I’m familiar with systems that offered only two out of three of those features.

I just didn’t know there was “another” way.

If the Canadian system and the American system are the choices, then I choose “none of the above.”

While the quality of healthcare in Canada is high, and very low cost, that is only if you can live long enough to get it.

A close family member of mine has been in and out of the hospital over the past several years. He has already survived three major surgeries, nearly lost his life on several occasions, and the immediate future is not promising.

He had symptoms that something was seriously wrong three years ago.

Why all the delays?

One key reason is that healthcare in Canada is not profit-driven.

Without the incentive to profit, fewer people become doctors and nurses in Canada. Fewer hospitals are built. Less research is done, and less equipment is purchased.

It turns out that removing profit kills people.

Profit is after all, a form of information. It tells people and businesses what society wants more of.

If this sounds like some sort of endorsement for the way healthcare is practiced in the USA, it is not.

Healthcare in the USA is a fiasco.

The care itself is excellent, by many accounts the best in the world, but the rigmarole that clings to it like a parasite, makes it a painful, and sometimes bankrupting experience.

I’m not in favor of bankrupting people either. If the choice is between dying and being bankrupt, any sane person should choose ‘neither.’

Some years ago, I found myself in the small country of Belize and in need of medical attention.

The local hospital was nothing like the Five-Star one in Thailand, but the doctor saw me right away.

I needed a minor surgery, and it was scheduled and performed within an hour of my arrival.

Including the prescription medicine to take afterwards.

Once again my mind was blown.

How was it that I was getting more efficient medical care in a third world country than in the USA?

How was it that hospitals in Thailand look like luxury resorts and still offer high quality care at lower cost than in the “civilized” West?

The doctor performed the service. I paid the doctor. The end.

No insurance, no regulators, no lawsuits, no bureaucrats, no parasites, no bullshit in between the doctor and the patient.

It’s not for everyone, but I prefer it. I suspect many people would prefer it.

So why can’t I, or they, have that option without travelling overseas?

There are two reasons.

The other reason are the do-gooders who have become inadvertent cheerleaders for the insurance industry, and bullies of their fellow man. Yes bullies. They want everyone to be the same, to have the same, and they will decide what is best.

It truly boggles my mind that people who say that they want “non-profit” healthcare are so supportive of a plan that “guarantees” profits to big corporations that those same people claim to hate.

I suppose it is, but progress towards what?

I would like to progress towards healthcare being between doctors and patients.

Not between doctors, insurance companies, government administrators, bureaucrats, and then patients.

There are more and more doctors saying no to insurance and offering their services on a ‘cash’ basis. In all cases, their prices are lower, because they are ‘competing’ for patients.

With enough of this kind of competition, we might actually see “affordable” healthcare emerge.

Sometimes these doctors provide service for free to those who cannot afford to pay. It’s called charity, and costs no one anything, but the doctor who volunteers his or her time.

That is the healthcare system I would like to see encouraged.

Not a system where 51% of the people bully 49% to give their money to insurance companies – all the while congratulating themselves on how kind they are.

That makes me sick.

One thought on “Adventures in Healthcare”