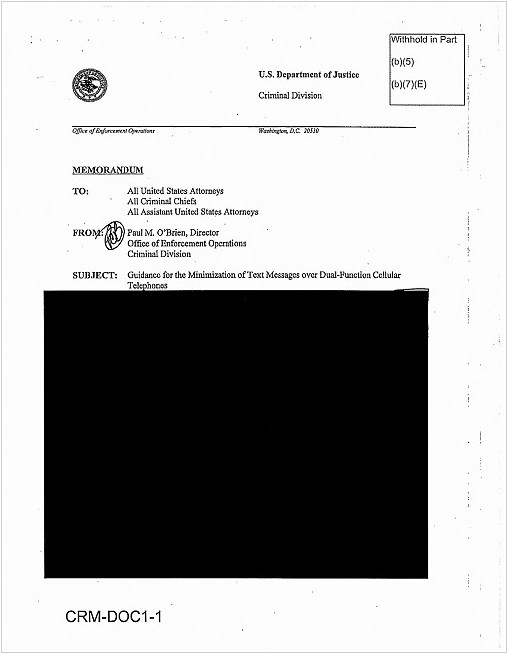 One of Barack Obama’s campaign promises was “an unprecedented level of openness in government.”

A citizenship who had grown weary of perceived dirty dealing and a penchant for playing fast and loose with the facts under the Bush administration were happy to hear about Obama’s plan, and many swing voters were swung by it.

The reality is of course, far from the promise. How far?

A document requested by the American Civil Liberties Union through the Freedom of Information Act from the Justice Department has been nearly completely redacted. Widely reported in the alternative news.

The memo reads: “Guidance for the Minimization of Text Messages over Dual-Function Cellular Telephones,” followed by 15 pages that were completely blacked out.

The document does not even show the date, let alone what the policy is.

Just a few months ago on a visit to the Google campus in Mountain View, Barack Obama reiterated his campaign promise when he said, “This is the most transparent administration in history.”

Fill in the blank as you choose.